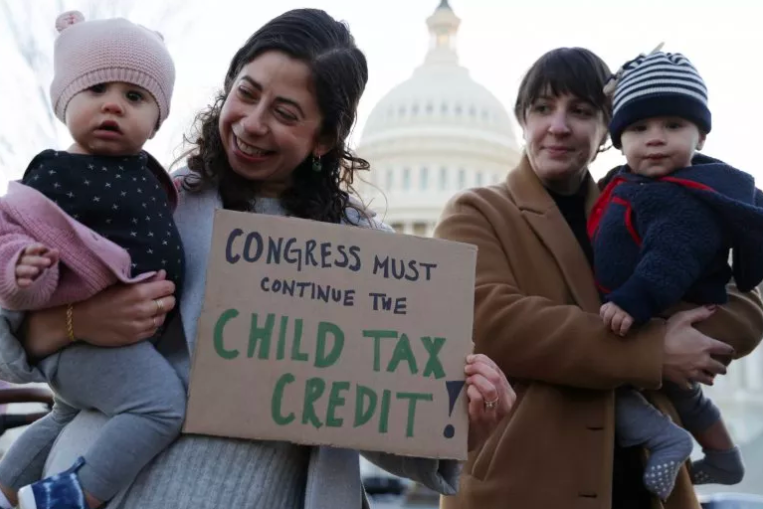 As Some Democrats Push to Restart the Program, ParentsTogether Action Finds That 82% of Parents Support This Policy

November 29, 2022 — According to a new survey from ParentsTogether Action, a family advocacy nonprofit with more than 3 million members nationwide, parents and caregivers have been struggling to cover their basic needs since the expanded Child Tax Credit ended last December.

The survey of more than 500 parents and guardians laid bare the devastating consequences that ending the payments have had, especially on mid to lower income American families. The results come as some Democrats in Congress race to reinstate the expansion as part of an end-of-the-year tax package. According to families surveyed, a resumption of monthly payments could not come soon enough with 82% of respondents in support of restarting the expanded CTC.

When respondents were asked about their family’s finances in the year since the payments stopped:

When broken down further, the numbers show it’s gotten worse since earlier in the year:

“The expanded Child Tax Credit is the single best tool we have to reduce child poverty; it’s a solution that we know works. But one year ago, Republicans and Senator Joe Manchin effectively abandoned millions of American families relying on monthly Child Checks as the pandemic continued and the costs of housing, food, and childcare all continued to rise,” said Ailen Arreaza, co-Director of ParentsTogether Action. “Now, after a year of missed CTC payments, we’re seeing American families in financial crisis. It doesn’t have to be this way, yet Congress appears ready to pass more corporate tax breaks during the lame duck session instead of supporting families. Make no mistake: parents are watching and it would be unconscionable for our leaders to usher through tax cuts to corporations without helping families. Congress must act immediately to reinstate the expanded CTC before more kids suffer.”

ParentsTogether Action’s survey was conducted from November 14-18, 2022. The last monthly Child Tax Credit (CTC) payment was on December 15, 2021, after the Senate failed to pass the Build Back Better Act passed by the House in November. Some Democrats are looking to restart the program as part of a tax package this December.

“I have a special needs daughter with diet restrictions that make buying food more expensive. She also needs around the clock care meaning I have to pay a babysitter, so having the extra money meant breathing room in a very expensive economy.” – Michelle, South Carolina

“Honestly [Child Checks] helped us get clothes for the winter when I was worried how I could do that. A new jacket for my son ranged from $50-$100. It also helped with obtaining school supplies, and healthier food choices. My family can eat up to $1,000+ in groceries a month, and that does not include any time eating out.” – Alexandrea, Texas

“We have depleted our savings, we frequently run out of food and I have had to not fill prescriptions for both me and my children.” – Laura, Virginia

“We live paycheck to paycheck. We rely on food banks for our food, I can’t afford to get clothes for my growing kid, and we had to stop doing enrichment outings because of no money.” – Jenny, Arizona

“We are a middle class family, where we “make too much” for any government assistance for preschool, childcare or anything else. We are paying $1200+ for this. The child credit checks helped us not have to chose between their childcare, food or mortgage or our jobs to keep up with this insanely high cost to our family.” – Molly, Ohio