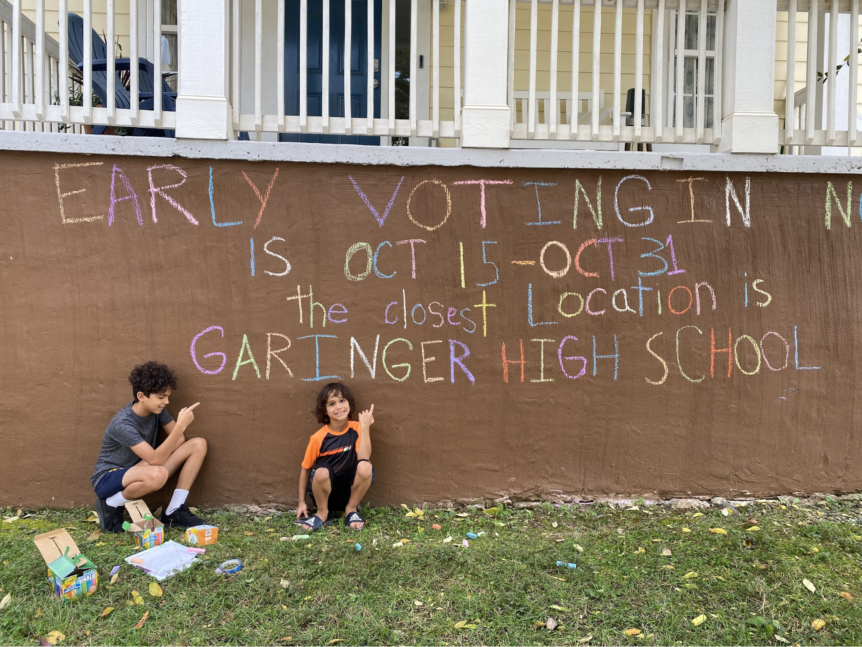 October 21, 2020 – This morning, ParentsTogether Action, a national nonprofit organization made up of more than 2 million parents, released a new survey of a thousand parents which finds that parents around the country, despite the stress of  balancing work, childcare, and education, are mobilizing to vote in huge numbers in response to the Covid-19 pandemic and the economic fallout.

The survey showed that parents were incredibly engaged with the election, with 75% of respondents saying they had talked to a family member/friend about the election and a staggering 39% said they had donated some amount of money to a candidate.

This is likely because:

“Parents have been hit hard by the coronavirus pandemic, and after asking for government aid for months on end, they are ready to do something about it and make their voices heard.” said ParentsTogether co-founder Justin Ruben. “Parents around the country who have struggled throughout this crisis to care for children while working, to pay rent, and to get food on the table for their families, are now engaging with the political process at record levels. The message is clear — parents and families are ready for leaders who they believe represent them and who respond to the challenges they are facing.”

Some respondents elaborated on why the pandemic was making them more likely than ever to vote this year. Here are some responses:

“The pandemic has affected my family greatly financially and we lost my uncle and 2 elderly friends. I believe if the current President would have worried less about the stock market and more about our lives our loss wouldn’t be so severe.”

“I feel like it’s more important to vote now than at any point in history. This pandemic has affected not only the US but the world in an unanticipated way. We need to come together for positive change at this time rather than negative.”

“[I feel influenced to vote because] loss of income, the stress of not having health insurance, and being discriminated against more often. The feeling of exclusion.”

“Seeing how our children and nieces and nephews have so many concerns to deal with such as childcare, school closings, financial strain, etc. [makes me more likely to vote.]”

In addition to being mobilized to vote, parents are also engaging with their kids about voting. This past weekend, ParentsTogether organized a national day of action called #ChalkTheVote, where more than 10,000 families across the country chalked inspirational and helpful voting messages on sidewalks in their neighborhoods and communities.

You can find photos from the #ChalkTheVote event here.